The Ethereum Name Service is a DNS-like service that enables the public to access and use Ether friendly domain names, such as “myetherwallet.com.” It’s one of the first big projects built on top of Ethereum which could be instrumental as it becomes more common for people to own digital assets in their individual name instead of just addresses, furthering decentralization.

The “ens” is an Ethereum Name Service. The ENS was created to make it easier for developers to create and manage decentralized applications on the Ethereum blockchain with a secure, human-readable address.

The Ethereum Name Service has been generating waves in the larger crypto industry for a time now. The network had launched an airdrop for the ENS token, and the token had achieved significant gains in only a few days, even becoming listed on Binance.

Ethereum Name Services has been available for a while, but it has recently gained traction as a result of the ENS gains. In only two days, the token has increased by almost 300 percent, and individuals who obtained it during the free airdrop have already reaped significant benefits.

So, what exactly is Ethereum Name Service and why is it gaining so much traction?

What is Ethereum Name Service and how does it work?

In terms of functionality, however, ENS differs from DNS. ENS is built on a somewhat different architecture and features the Ethereum blockchain’s unique capabilities and limits.

Domains are a hierarchical structure of names used by ENS. The subdomains are completely in the authority of the domain owner. Smart contracts known as registrars, for example, own high-ranking domains like “.eth.” These smart contracts will establish rules for subdomain allocation. Those who adhere to the regulations may get ownership of their own domain.

The ENS project, as previously stated, operates on the Ethereum mainnet and is also accessible on numerous test networks. The network was founded on May 4, 2017, making it one of the industry’s oldest ventures. One of the network’s requirements is that each domain must have at least seven characters.

What is the purpose of the ENS token airdrop?

The ENS token is the ENS network’s native token. The token is one of the ways in which this platform aims to accomplish decentralization by providing the community governance powers.

Because the ENS token gives the community influence over the project’s development, the community treasury, and the technological foundation, it will empower the community. The ENS coin was officially issued on November 8 and was trading at roughly $18 at the time of issuance.

The airdrop for ENS tokens is still going on. It is, however, not available to everyone. This airdrop is only available to those who held an ENS domain on or before October 31, 2021. The network collected a snapshot of those who held domains prior to the deadline, and the ENS tokens will be distributed to them.

The quantity distributed is determined by a variety of parameters, including the age of the ETH address and the expiration dates. Those who have established the Reverse Record ENS will earn twice as many tokens as those who have shorter registrations.

There will be 100 million ENS tokens available, with 25% of the supply going to.ETH holders. More than 137,000 accounts are thought to be in this category. Another 25% of the ENS tokens will be distributed to ENS contributors, with the remaining 50% going to the DAO community treasury.

If you have a.eth address prior to the deadline, you may collect your ENS tokens by visiting the ENS website. You may begin the claim procedure after attaching your wallet. A user may either choose a delegate to represent their interests in the ENS community or act as their own delegate.

A user may claim their tokens after they have checked out of all procedures. On the Ethereum mainnet, the whole procedure will take place on-chain. As a result, people who want to get their ENS tokens must pay the gas costs. The airdrop, however, remains available until May 4, 2022, so users may wait until then for a potential decrease in gas prices.

The ENS coin has seen a significant increase in value.

As previously said, the ENS token has seen significant growth in such a short period of time since its inception. The value of the token has increased by more than 300 percent. According to CoinGecko statistics, ENS was only selling at $18 when it was first released, but it has already increased to $70.

Those who have already claimed their ENS have already reaped significant benefits. The token currently has a market valuation of roughly $1.2 billion, indicating that the number of individuals getting ENS token airdrops is increasing.

Twitter users, particularly those who are eligible for the airdrop, have been praising the advances achieved by this token. Tonyhererra, a Twitter user, has indicated that he would get more than 1500 ENS tokens as a result of this airdrop. This will be worth roughly $105,000 at the present pricing.

The listing of ENS on Binance, the biggest cryptocurrency trading platform, is one of the factors that has led to the token’s rise. The cryptocurrency was published on Binance only a day ago, coinciding with the recent advances. It has also made the token available to other traders who did not eligible for the airdrop but still wanted a piece of the profits.

Airdrops are a great method for cryptocurrency investors to get free tokens. However, not all investors are lucky with airdrops since some have requirements that must be satisfied in order for a user to qualify, and ENS is one of these coins.

Despite its recent introduction, the Ethereum Name Service Network has a solid use case, therefore the token has a good probability of continuing to rise. Furthermore, it will provide investors with the opportunity to participate in a new token with a solid technical foundation. With the Binance listing, ENS may be able to expand to other prominent exchanges, where the listing effect will kick in, resulting in even more benefits.

Visit our How to Buy Ethereum Name Service guide to learn how to buy this coin.

Regardless of Market Slump,ProtonMail Clenches Bitcoin 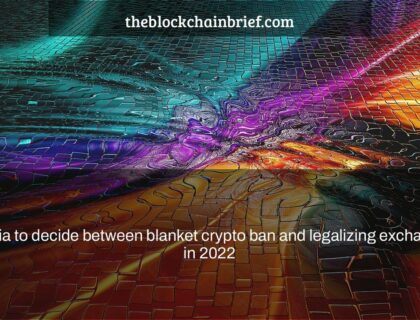