The country of El Salvador is to establish 20 Bitcoin Schools in the coming months, using funds from a Bitcoin Trust launched by an anonymous donor. With these new schools, the government hopes to increase access and opportunity for children in rural areas.

El Salvador is set to build 20 “Bitcoin Schools” with surplus from the Bitcoin Trust. The project will use the proceeds of the cryptocurrency and will be a commercial school for students in El Salvador to learn about cryptocurrencies.

El Salvador’s government is about to start on its second Bitcoin-related initiative, which will include the nation’s income from the asset being used to construct schools.

According to President Nayib Bukele, the profits or “surplus” from the state’s Bitcoin Trust account would be used to build 20 schools. On November 2, the White House Press Secretary tweeted:

“When we first launched this initiative, we didn’t have nearly as much money in our FIDEBITCOIN [state BTC Trust account] as we have today. As a result, we’ve chosen to create the first 20 Bitcoin Schools.”

Bukele’s representative also indicated that revenues from prior BTC purchases will help the people, and that no Salvadoran taxes would be affected by the new operation.

According to local media, the building of the 20 new schools will assist the spread of bitcoin education for locals and will be part of the “My New School” program’s 400 schools. The Central American Bank for Economic Integration (CABEI) granted $200 million in funding for El Salvador’s education expansion incentive in October 2020.

The President declared in mid-October that the government would invest $4 million from the Bitcoin Trust to build a new veterinary facility in San Salvador’s city.

El Salvador acquired another 420 BTC on Oct. 28, raising its total hoard to 1,120 BTC, according to Cointelegraph. This is worth roughly $70.5 million at current rates of $63K.

El Salvador buys 150 bitcoins when the price of bitcoin drops.

El Salvador BTC, a Twitter feed that tracks the country’s Bitcoin transactions, has estimated a profit of $12 million based on an average purchase price of $53,062.

The account also keeps track of the government’s $30 stimulus package, which was given to residents to stimulate the adoption of Bitcoin. According to the tracker, the $30 in BTC provided to Salvadorans on July 9 is now worth roughly $38, as of November 2. Joe Pompliano, Anthony’s brother, had this to say:

“More residents now have Bitcoin wallets than conventional bank accounts, and their buying power has increased by more than 30% for the first time in their lives.” “It’s an intriguing experiment.”

The “el salvador stablecoin” is a cryptocurrency that will be pegged to the US dollar. The El Salvador government plans on using the surplus from Bitcoin Trust to fund 20 ‘Bitcoin Schools’. 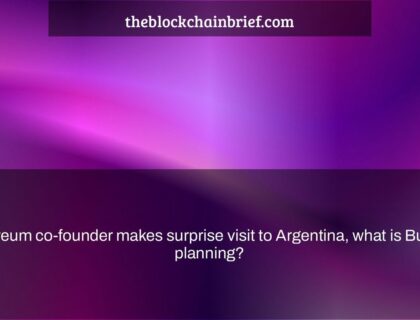