The cryptocurrency market has been experiencing a major correction as of late, with the value of most coins falling by over 50% in just a few weeks. However, one coin that continues to defy this trend is WAX.

The WAX Price Prediction 2021 is a question that asks whether the WAX coin will reach $0.50 soon.

We utilize data, price trends, ADX, and other information about WAXP to evaluate the cryptocurrency’s future movement in WAXP price forecast 2021.

WAX (WAXP) is a purpose-built blockchain that was launched in 2017 with the aim of making e-commerce transactions easier, quicker, and more secure for all parties involved. The WAX blockchain uses a delegated proof-of-stake consensus method (DPoS). It is completely compatible with EOS.

Furthermore, there are 1,695,535,439 WAXP coins in circulation. WAXP is currently traded on Huobi Global, Upbit, HitBTC, KuCoin, and ZT, among other cryptocurrency exchanges.

On CoinGecko, Wax (WAXP) is currently ranked 175th. The price of WAXP in 2021 is forecasted using a daily time period, as shown below.

An ascending triangle is a continuation pattern, meaning it is important whether it appears during an upswing or a downturn. Traders prefer to purchase or sell the asset aggressively when the price breaks out of the triangle, depending on which direction the price broke out.

WAXP is currently trading at $0.176. WAXP may then continue to decline or increase, depending on the breakout. WAXP will shortly break the upper trendline, hitting $0.188, according on this pattern. If the trend continues, WAXP’s price may drop below $0.091.

The chart below depicts Wax’s support and resistance levels (WAXP).

According to the aforementioned chart, the resistance and support levels for WAXP are as follows.

WAXP’s bullish and bearish performance during the preceding month is shown in the chart. This trend, however, will break out and hit the $0.188 resistance level. If the trend were to reverse, WAXP might fall below $0.091, indicating a bearish indication.

Let’s take a look at the Average Directional Index for WAXP (ADX). The ADX, in particular, aids traders in assessing the strength of a trend as opposed to its direction. It may also be used to see whether the market is shifting or if a new trend is forming. However, it is connected to the Directional Movement Index (DMI).

The oscillator also has a range of 0 to 100. Furthermore, a high number indicates a strong trend, while a low value indicates a weak trend. It’s also often used in conjunction with directional indicators.

The ADX of WAXP is shown in the chart above, with a range of 55.88, indicating a very strong trend.

The WAXP is a cryptocurrency that is ideal for long-term investment. Furthermore, until the breakthrough, the short-term WAXP price forecast will be positive. This year, though, it has a strong probability of hitting $0.484. This, however, will only happen if a number of prior psychological obstacles are overcome.

Furthermore, with the advances and updates to the WAXP ecosystem, WAXP’s performance is expected to increase to $0.484 in the near future. However, if investors think WAXP is a solid investment in 2021, it might reach $0.50.

Disclaimer: The views stated in this graph are entirely those of the author. It should not be construed as investment advice. Before investing, TheNewsCrypto staff advises everyone to conduct their own research. 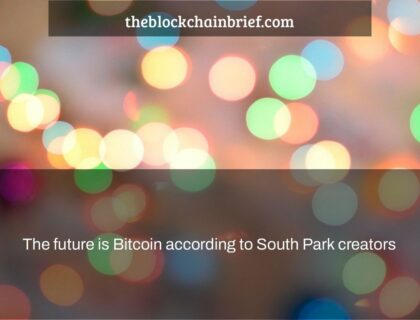